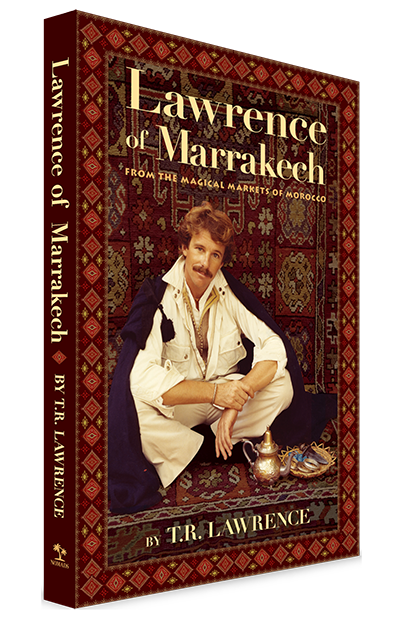 By T.R LawrenceT.R. Lawrence’s artful storytelling will delight readers with vivid descriptions of his life-changing adventures and opportunities in Morocco that lead to a successful import-export business dealing in fine antiques and things rarely unearthed in the markets of Marrakech.
Become engrossed in the narrative writing that offers an intriguing look at exotic Morocco. Buy it Today on Amazon!

…From the Magical Markets of Morocco 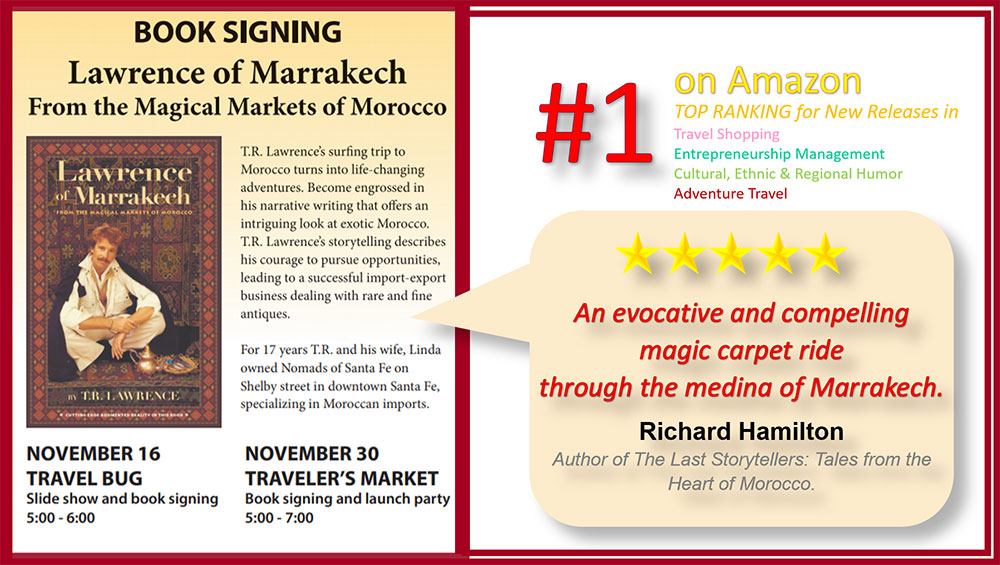 Praise for Lawrence of Marrakech

T.R. Lawrence grew up worshiping National Geographic magazine and studying encyclopedias and world atlases. His love for the thrill of the hunt for antique treasures has given him a life rich with adventures. For 17 years T.R. and his wife, Linda owned Nomads of Santa Fe on Shelby street in downtown Santa Fe, New Mexico, specializing in Moroccan imports.